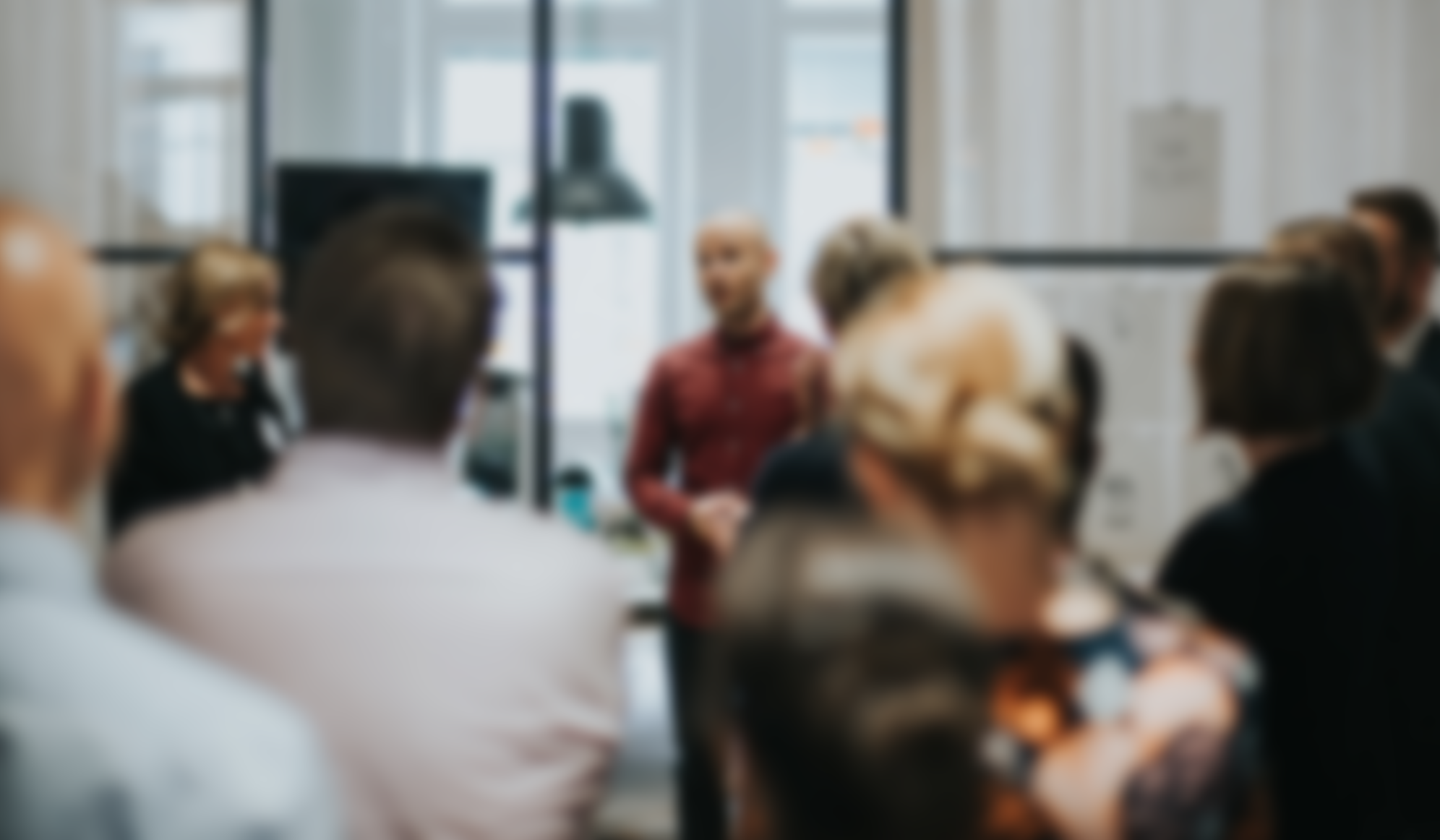 Meet Tommi Holm, a fantastic engineer with impeccable knowledge, skills and experience matched with a big heart and a wide smile. Tommi works for Primetime Solutions – a company that was just granted the title 'Best place to work' in the IT sector. And no wonder, the “Pulse” survey by which Primetime Solutions HR regularly monitor how people feel confirms it, a great spirit, high satisfaction and motivation of all employees. For all but one – Tommi.

Tommi is about to leave the company. Why? Because of the culture, performance and personal fit within his team! Is his big smile less appreciated by his uber-efficient colleagues? Or does uber-efficient Tommi feel dragged down by his less efficient colleagues? Perhaps it is the team leader style or the growing gap between how Tommi and the team see each other? We might never know since team performance seems to be in the twilight of monitoring and managing culture and performance.

The micro and the macro

To put it simply, as it is we monitor feelings, perception and performance of employees on two levels. On a company level, we have employee engagement surveys that give us a fair amount of information and a degree of understanding of how content, happy and engaged employees are, what they appreciate and what they believe could be better. In parallel (but seldom together) we have performance management systems that will inform us if and how well we manage to achieve our targets with a varying degree of detail - divisions, units, less often departments.

On a micro-level, we have the individual personality tests (MBTI, 360 and Disc to name a few) which give us awareness of our strengths, weaknesses and eventually performance (360). When it comes to teams (and our little case with Tommi) the situation is more elusive. Firstly, in a modern setting, when we increasingly speak of agile organisations, teams are often cross-functional, i.e. not bound by division/unit structures and organisation. Secondly, they are often temporary – we develop a new product and 24 months later the team is adjourned. As a result, the performance of a team is less monitored and/or measured systematically and holistically which links and assesses the intertwined team culture and spirit with the team efficiency and organisation. This is a pity!

If we look at our case from before, perhaps Tommi with all his skills, only change teams or he could have received timely feedback from his colleagues on how to adjust better within the team. Perhaps Tommi himself could have shared his feedback on how he would have liked to see the team evolve.

While we do not assess and improve the culture and performance of many teams, we do know quite a bit about what a high-performing team is. We have The Five Dysfunctions of a Team, an established framework by Patrick Lencioni and the findings of Google teams research and its five characteristics of high-performing teams. We also have the fairly reliable Meredith Belbin team roles self-assessment and Bruce Tuckman’s 5 stages of team development. All these may be giving us the idea and the benchmark of what a high performing team is but they do not directly, clearly and reliably answer the question are we a high-performing team?

Answering that question is of the utmost importance. Perhaps I work for a company with great culture but what I experience daily is my particular team culture. Perhaps we are a fantastic team of people who adore and love one another but quite disappointingly, we do not get the job done. Perhaps it is a power team in a successful company but I might not feel that I fit in.

90 per cent of investors think that the quality of the management team is the single most important non-financial factor when evaluating an IPO according to McKinsey. Therefore it is 1.9 times more likely to achieve an above-average financial performance when the management team is working together toward a common vision. Reid Hoffman, the LinkedIn co-founder put it well, "no matter how brilliant your mind or strategy, if you’re playing a solo game, you’ll always lose out to a team.”

I believe that in our agile times the importance of teams (vs hierarchies) will only grow. This in turn, will further elevate the need to significantly boost team qualities and capabilities making them even more vital for the ultimate organizational and business success.

We can see that measuring and boosting team performance should be more prominently on our radar. That is exactly what the High-Performing Team Index (see image below) by Hanken & SSE and partners deliver – a rounded and reliable picture of both group and individual perceptions, assessment and indication of strengths, weaknesses and development areas. Contact us to hear more about how this could help your team. 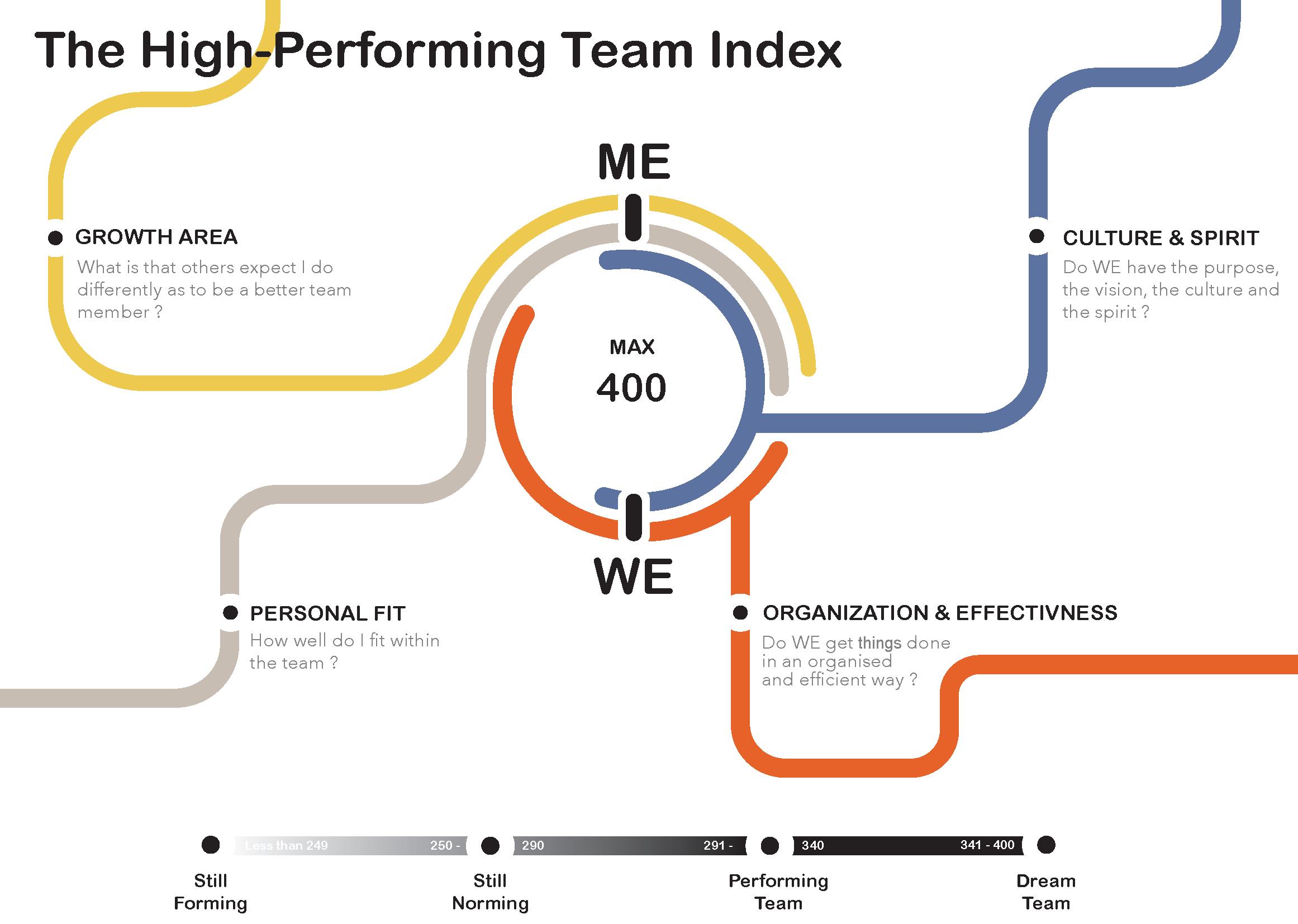 Create a star team where everyone contributes, rather than simply stars in a team. Power up your team in this new virtual workshop that supports you and your team to build high-performance. Read more and download the introduction. 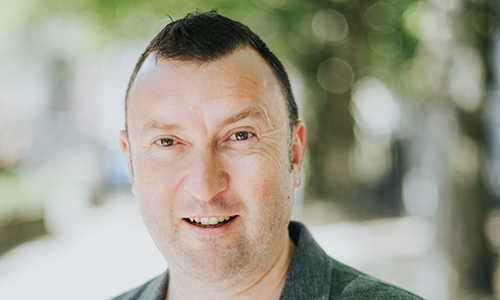 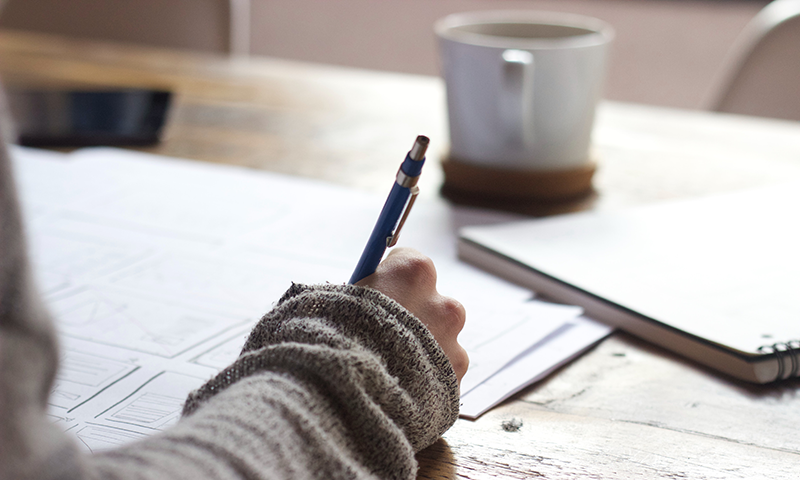 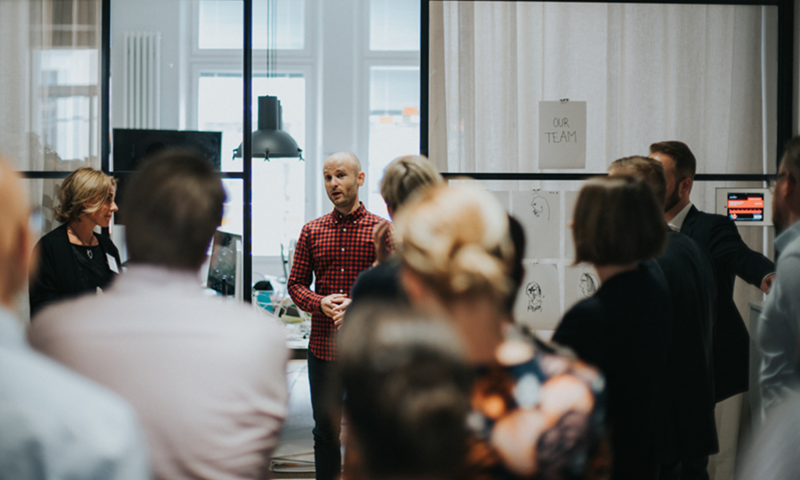 Hero or guide - which one should you be?